Solar PV provided over a quarter of power generated

Solar PV was the UK’s dominant source of power for a three-hour period on Sunday afternoon as the country basked in bank holiday sunshine. 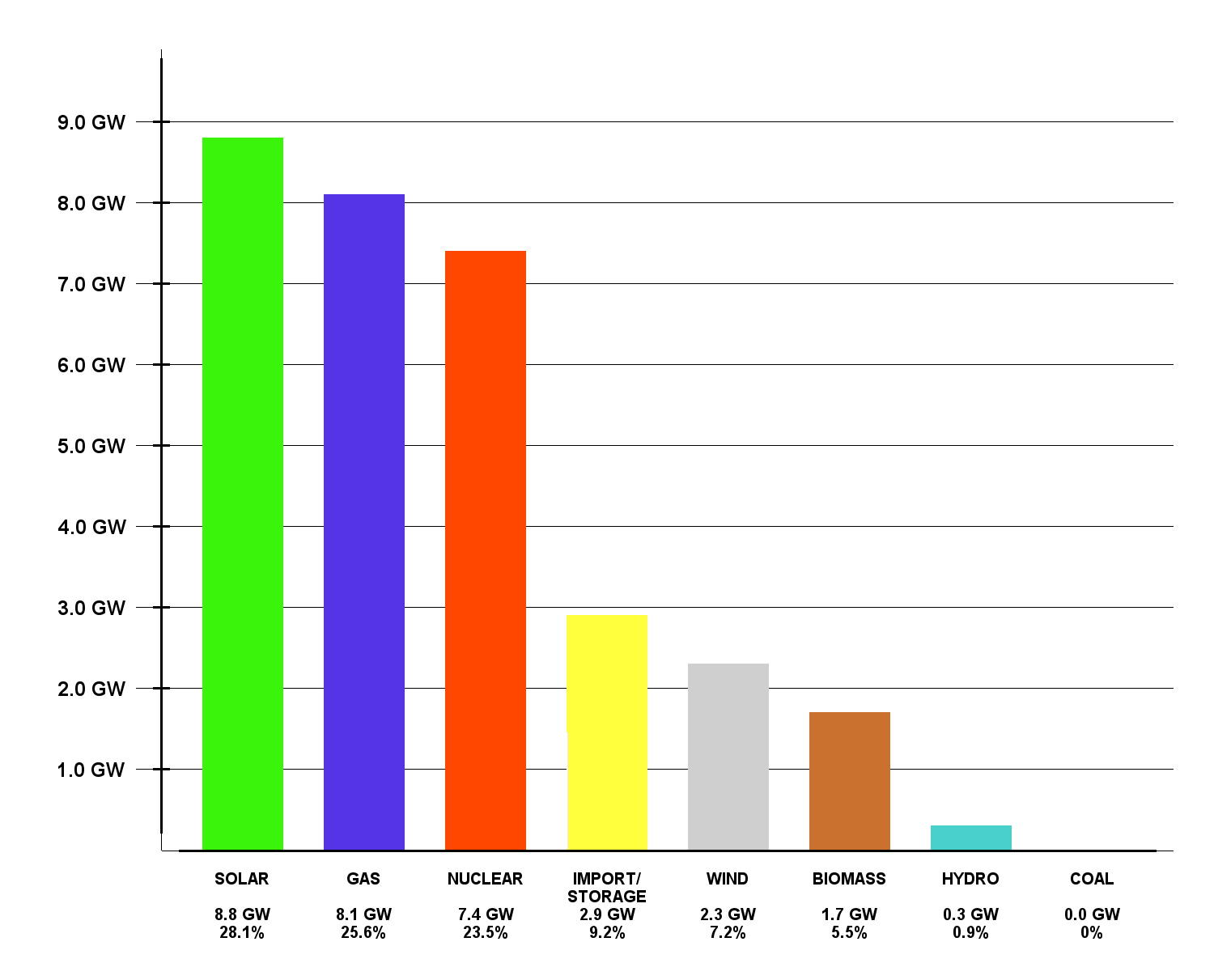 Data compiled by Drax Electricity Insights shows that between 12:15pm and 3:15pm on Sunday, legacy generators made way for solar as the country’s PV fleet produced between 8.4GW and 8.8GW of power.

Given flagging demand, those figures were equivalent to between 26.7% and 28.5% of the country’s total power requirement. Gas meanwhile, typically the country’s most significant contributor of power, hovered just above one-quarter, with nuclear producing just less.

Coal however, in what is becoming something of a theme in the UK’s power mix of late, was shunted entirely off the system during the mid-afternoon period.

But in something of a wake-up call for the country’s decarbonisation efforts, even during solar’s most productive spell, the grid’s carbon intensity did not once dip below the 100gCO2/kWh threshold stipulated in the UK’s fifth carbon budget.

For the country to meets its fifth carbon budget obligations, the UK’s power mix must not emit more than 100gCO2/kWh by 2032, with the government’s Clean Growth Strategy tasked specifically with ensuring enough low carbon power comes onstream to hit that target.

However according to Drax Electricity Insights, the average carbon intensity of the grid over the last seven days stands at 185g/kWh, nearly twice the UK’s 2032 aim.