When transport goes electric demand soars. Will we be able to keep up? 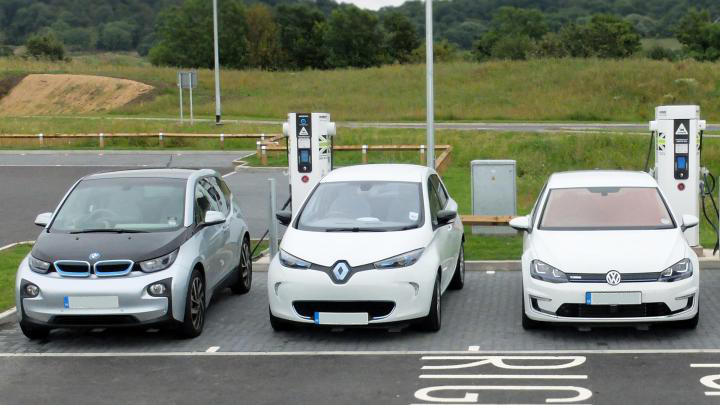 The future of cars is electric. Globally, governments are laying out plans to ban the sale of petrol and diesel-powered cars, while the falling prices of batteries will serve to make the vehicles more affordable to consumers and more profitable for manufacturers.

A recent report by Bloomberg increased its earlier 2016 forecast for electric vehicle (EV) adoption. It now estimates that by 2040, 54% of new car sales and 33% of the global car fleet will be electric.

This vision of the future points to considerably better air quality in urban and roadside environments across the world. But while EVs emit none of the tailpipe fumes of traditional fossil fuel-powered cars, there is still potential for associated emissions depending on how that electricity is generated.

For example, if the growing demand caused by EVs is met with fossil fuels, then ‘well-to-wheel’ emissions are still in play. However, as electricity grids decarbonise and become smarter and more efficient, EVs will become cleaner. Researchers at Imperial College London have shown that in the UK, year-round average emissions from EVs have fallen by half in the last four years thanks to cleaner electricity generation.

What this greater reliance on electricity for transport will certainly do, however, is massively drive up global power demand. Investment will be needed not only in electricity generation but also in smart technology that can allow the charging and, eventually, usage of EVs to be managed efficiently.

The growing demand of EVs

The Bloomberg report states global electricity consumption from EVs is expected to grow from just 6 TWh in 2016 to 1,800 TWh by 2040. While the figure represents a massive increase in the electricity required to power EVs, 1,800 TWh represents just 5% of the projected global power consumption in 2040. By comparison, the UK as a whole consumed just 304 TWh of electricity in 2016.

This clearly highlights the widespread need for global investment in electricity generation on the whole, beyond just what will be required to power EVs. However, the unique challenge EVs pose is less how they recharge but when they will recharge.

Assuming supporting infrastructure and technology progress to enable widespread on-street and home charging, then the demand for electricity to charge EVs will mostly likely come in the evening. This could result in additional pressure being placed on energy generators and national grids due to mass EV charging.

Utilities and regulators will need to implement policies to encourage off-peak charging (for example overnight) and spread out the demand from EVs. One way these spikes will be managed is through ‘time-of-use’ rates to encourage drivers to charge their vehicles at off-peak times to avoid higher electricity bills.

Smart charging tech is one of the most important aspects of this in allowing cities, utilities and consumers to automate vehicle charging at times when overall demand is lower. Storage technology will also play a key role in managing increasing demand on both consumer and operator ends.

Adoption of home power storage systems is expected to grow as fast as solar photovoltaic energy has in recent years, which will enable consumers with home solar arrays to store energy and charge vehicles at times to avoid peak-hour charges. On the supplier end, advancement in storage technology will allow generators to deliver electricity above their usual capacity and meet spikes in demand.

While the report suggests autonomous vehicles will not have a significant impact over the next decade, the longer-term influence of self-driving vehicles will have direct consequences on demand.

Autonomous cars will be able to drive in a way that is significantly more efficient than humans by driving closer together and interacting with the surrounding city to prevent congestion. With widespread adoption, this greater efficiency would mean cars would use less energy and require less time to recharge.
However, ownership of these types of vehicles will likely be shared, particularity in urban environments, resulting in fewer overall cars on the roads and, ultimately, plateauing or even declining demand from EVs in the 2040s and beyond.

Globally, investment is needed to meet and support the growth of EVs over the next two decades. Governments and businesses must begin to roll out charging infrastructure and clean energy solutions to meet future demand, as well as the smart city technology that will enable the mass adoption and eventual automation of EVs.

From an original article at www.drax.com